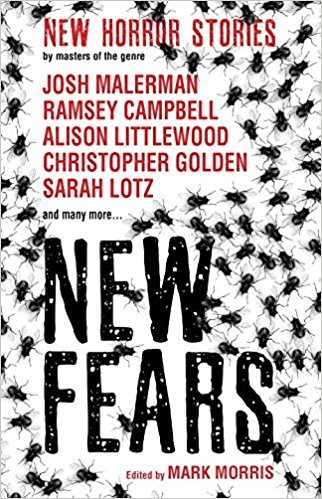 Okay. So I actually only managed to finish one non-university related book in October. But – what a book.

There are nineteen stories in total, all of them good, some of them incredibly good. The book opens with a strong offering from Alison Littlewood, whose story ‘The Boggle Hole’ is unexpectedly melancholy – to great effect. ‘The Fold In The Heart’ by Chaz Brenchley (who I had not previously heard of, and whose work I will be actively seeking out) is an eerie and beautiful story about abuse, and about love. ‘Departures’ by A.K. Benedict is clever and imaginative, and totally believable even in its surrealness. Kathryn Ptacek’s ‘Dollies’ is skin-crawlingly weird, while Christopher Golden’s ‘The Abduction Door’ masterfully evokes the breathless panic of a parent in search of their lost child, though the story takes a bizarre turn you might not expect – so much the better, in my opinion. Stephen Laws (who I still credit as giving the most incredible reading I’ve ever heard – his story, ‘The Slista’, read aloud at the Best British Horror 2015 launch, was utterly captivating) once again proves his formidable ability with ‘The Swan Dive’.

But, to my three favourites: Carole Johnstone, who is fast becoming one of my favourite writers, knocks it out of the park with her tense, suffocating tale ‘The Eyes Are White And Quiet’, which leads you sightless and bewildered on a strange, dark journey. ‘The House Of The Head’ by Josh Malerman is weird in all the right ways – a haunted doll-house sounds almost trite but I couldn’t stop reading until the very end. And ‘Four Abstracts’ by Nina Allan, who I believe is a true master of the genre, and whose ability to evoke authentic, tangible emotion even as she weaves uncanny strands into her narrative is unparalleled.