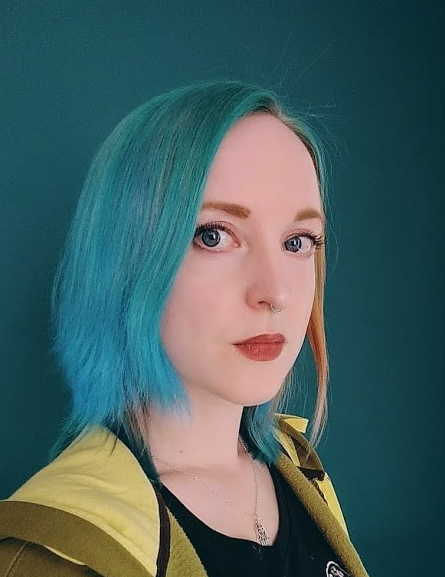 I am represented by Max Edwards at Apple Tree Literary: max@appletreeliterary.co.uk

Buy me a coffee (if you want to!): https://ko-fi.com/lauramauro

Most writers will tell you they’ve been writing since they were small, and I’m no exception. I started out writing poems, which graduated into awful teenage angst poems (with the requisite soujourn into Sprawling Epic Fantasy Novel territory). I started writing short stories in 2011 but never took it seriously until 2012, when my first short story was published in ‘Shadows and Tall Trees’. Since then, I’ve been what you might call a ‘serious’ writer, although I’m yet to give up my day job (it’s part of The Dream, along with the apartment in Osaka and the functioning knee joints…)

I’m also a sometime pro wrestling journalist; my article on the Golden Lovers received a Kevin Kelly shout-out during NJPW’s G1 tournament, which I haven’t stopped talking about.

In 2018, my short story “Looking for Laika” won the British Fantasy Award for Best Short Story. I haven’t stopped talking about that, either.

I was born and raised in south east London and currently live in Essex under extreme duress. When I’m not making things up I enjoy reading, travelling, watching wrestling, playing video games, collecting tattoos, dyeing my hair strange colours and making up nicknames for my cats.

2012: Honourable Mention in Ellen Datlow’s ‘Best Horror of the Year 5’ for ‘Red Rabbit’

2017: Longlisted for the BFSA Awards in the ‘Best Short Fiction’ category for ‘Looking for Laika’

2018: Nominated for a Shirley Jackson Award in the ‘Novelette’ category for ‘Sun Dogs’

2020: ‘The Pain-Eater’s Daughter’ selected for Ellen Datlow’s ‘Best Horror of the Year 12’

One thought on “About Me”