I haven’t been to MCM Comic Con for several years. I haven’t cosplayed for several years either (for the unitiated: cosplay is basically like dress-up for nerds. And I say that without judgement, because I am a nerd, and I think it’s super fun.) So because I’ve been having a really good time with the Yakuza games lately, I decided to put together a cosplay of my favourite character: the Mad Dog of Shimano, Goro Majima. 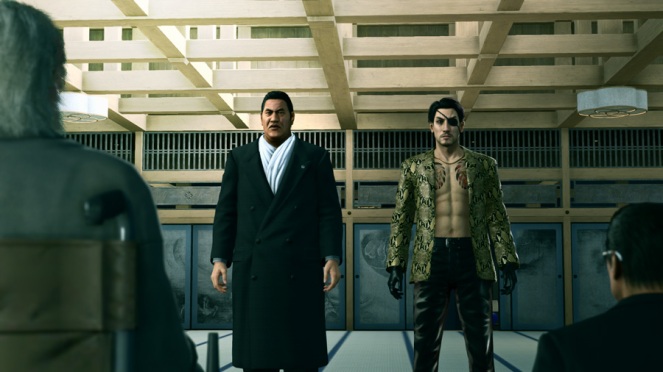 Majima is an absolute joy of a character. Depending on which game you start off playing, he’ll likely come across as a batshit insane, whirling dervish of a man, a Yakuza captain who seems to be in it not for personal gain, nor out of loyalty, but because he enjoys the sheer chaos of it. I love a complex character, especially when they’re the antagonist, so Majima hits a lot of my buttons in terms of the things I enjoy in a narrative. Doubly so when I played Yakuza 0 recently and discovered his backstory – further complicating him as a character, and ultimately making me like him even more 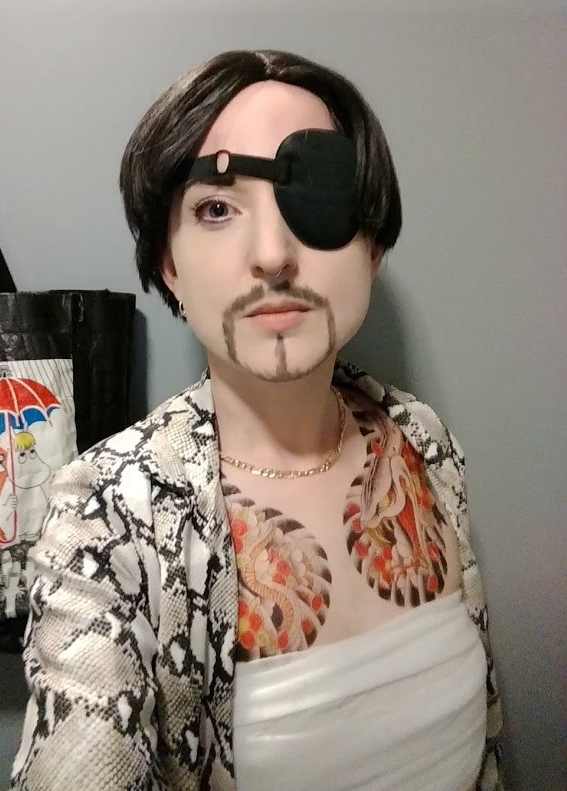 For my Majima cosplay, I put together a bunch of things I got off eBay for cheap, and some accessories which helped bring it all together. The jacket, leather trousers, eyepatch, gloves and boots were all eBay. The wig was from Coscraft, trimmed down to better match the character. I got a cheapo gold chain from Primark, drew on a beard with makeup, and used tattoo transfer paper (and this incredibly helpful tutorial) to replicate Majima’s irezumi tattoos (the visible ones, anyway – he’s got a full backpiece as well). And, because I am not a dude, I wore bandages over my chest, which, if you’re familiar with Majima, is not an implausible addition.

It was a lot of fun, and it’s always really gratifying when people recognise who you’re dressed as. I even met my double:

(in hindsight, wearing leather trousers on a hot day in May wasn’t my brightest idea, but it was worth it in the end.)

at 32 years old there are probably those who think I’m too old for this shit but I had fun, and sometimes it actually helps to release some of the pressure of Everyday Life – just being in an environment where everyone is prepared to kick back and not take themselves too seriously. Which means I’ll probably be back in October, and maybe with a whole new cosplay…

2 thoughts on “dressing up for fun and non profit”